Skip to content
All About Animals Energetic Lifestyle section 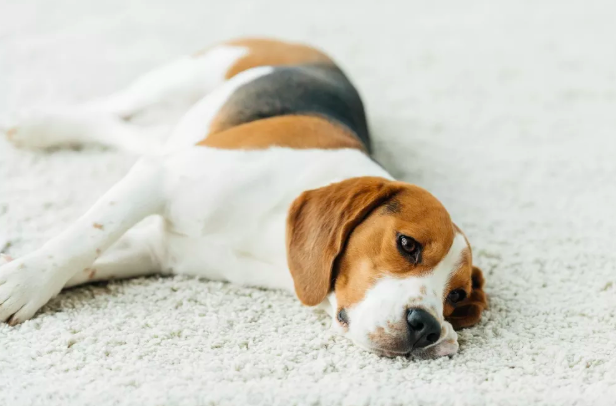 They love so unconditionally that their trust knows no limits.

Talking to animals is one of my passions. They are fun and funny, insightful and energetically the most wonderful creatures to have a conversation with.

I deal with many aspects of communications. I help with behavoural issues, new environment situations, nurturing and bonding between animals and humans and so much more.

Its not always fun though. It can be bitter sweet, heart breaking and sad.

This article is about what really like from the animals perspective as an owner is passing and after.

So, what do we do when a family member or a care giver falls ill. Animals not only sense this, they have questions, concerns, fears and opinions too. Some fall into depressions because they know what is transpiring, but feel helpless in their situation and can only sit by and watch as others take the lead in care giving.

We how much an animal can do in situations like this. When we find out what is going on in their heads we may find that they will offer a suggestion as to how to proceed, and that will help the animal feel included in the process….which is the goal.

Like humans, they want to be there for those they love. It has been documented that elephants will mourn their dead. This being the case then we have to consider that animals have some sense of care giving and want to be a part of the journey too.

Each animal is different. I have heard of parrots singing a sick child to sleep. Cats who are normally aggressive and aloof will all of a sudden begin to nap at the head of the owner who had recently found out she has terminal cancer.

Some animals will even take on the illnesses of their owners. I knew a dog whose owner passed two years prior to me meeting the sparky pooch. At the time of our encounter, the dog had recently been diagnosed with throat cancer. The same disease its owner had passed from not to long before.

Creating a calm environment also helps. Keeping your animal informed as you would a person makes a big difference. Let them know that they will be okay. Give them the scenarios you have considered once their owner passes on. They have a right to know what will happen to them and please understand they do worry. They do have a sense of fear and uncertainty that only we as their friends, family and overseers can assuage.

They may go through depression, lack of appetite, restlessness, even aggression before and after their journey. Don’t be afraid to use remedies to help calm them. In times like this, Rescue Remedy is a great go too. A combination of 5 flower essences made into a tincture for just such scenarios.

I have noticed when the owner is much or has had an illness that is prolonged animals seem to understand the situation better. They can read us and our spirits. They hear our inner voice that is sad and is preparing for the inevitable. It knows that although this is a scary time, that all will be well because the owner says it will be. They love so unconditionally that their trust knows no limit.

Respecting the animal and their wishes in this situation important too. Where would they like to live, who would they like to go and live These are not easy to have with anyone, especially a pet. Some pets will not understand. They will be confused like a child losing a parent. Others will already be accepting and willing to make arrangements.

This is where the animal communicator may be helpful in getting the animal perspective. Not having to guess. Knowing that maybe living with brother and his kids may be too much, but aunt Laura has a nice farm in the country that is quiet, and there are ducks there that likes to play with.

So, what does an animal feel when a family member passes? Again, each one is different. Many feel confusion, frustration, anger, fear. Others are quiet and introspective. Many times we find that ind do their best to communicate to their animal what has transpired, but still, unconsciously keep them on the outskirts. Humans get to speak their side, and that’s great. It’s still a one-sided conversation. Animals have questions, fears, and opinions of what is happening. They have very little way to express it.

Pets want to participate even after their human is gone. It is important in some way that they do. They need closure too.

I have had clients who have taken their animals to the hospital and funeral for one last good-bye. I heard of one woman who put her husband’s parrot, who was his “second wife” on the altar on her perch by the casket so she could be close to him to the end. I have heard of service dogs who have laid a paw on the casket of their comrade, partner, owner and friend to the end.

If there is a tragedy, like a sudden accident or heart attack things tend to happen quickly. So quickly in fact that the animal has little to no time to register what is going on or what is about to happen to them. These times of crisis are scary, especially if the animal was a rescue begin with. The idea of being re-homed is a trauma most animals never see themselves dealing with again after having bonded with their owner who has promised them a forever home. For those brought to a home as a baby, if circumstances dictate they have to go to a whole new environment overnight this can be mind-blowing. Stress licking, aggression, lack of appetite are signs to look out for. Have someone take time to be with the animal and help it understand what has happened by physically talking to it. Let the animal have a favourite piece of clothing like a slipper or shirt to sleep or play with. Animals understand more than we realize. Again, bringing in an animal communicator is appropriate with this situation.

You can also work with your animal in these times. Sit quietly with them or a picture of them. Dismiss nothing that you see, hear or feel. Look into their eyes, they will tell you everything you need to know. Even if you think it’s in your head, if it hurts no one, then act on it. In these times even the animal needs comforting and every little effort makes a difference. The thought of losing our best friends is hard for us to imagine, they are going through a similar experience.

Remedies are another gentle ways to help when the human companion passes. For this, we would use Willow Bach remedy for grief, or when an animal is angry at the passing Holly bach remedy may be required, and definitely walnut Bach remedy for the transition. These can be used by humans as well. They are helpful in supporting our process when the mind and body have a hard time coping. It can make the journey a bit easier.

Animals may also have the added stress of being able to connect to their human after they have passed. They may still see them. They may get messages from their owners and not understand why they are the only ones that can see them.

I went to a house once where the cockatoo of the family had recently lost its young male owner to a car accident. The mother relayed that from the moment it happened the bird let out a shriek that could “wake the dead” and wouldn’t stop shrieking until the call came in that her son was in the accident. From then on the cockatoo who was trained to say his name would periodically look into a specific corner and sing it. They had me in because one night the mother could have sworn she saw him standing in that same spot and thought she was going crazy or it was the influence of the bird and needed some validation of her sanity. I knew nothing of this when I walked in the door. I heard in my head the cockatoo say….”he’s over there.” I walked in the living room and could feel the young man’s presence. I asked the mother who it was in the corner, pointed and began to describe him. I barely got ten words out when she broke down crying. The Cockatoo at that moment said his name and I began to understand why I was there.

These are perfect examples of what we need to become aware of in these times of tragedy and movement forward. When a person passes animal’s los a part of them too. They grieve and we grieve. Like any good I am here to remind everyone going through they must grieve as a family in its entirety.

I hope, dear readers you find this helpful. Pass it on, learn from it, and continue to nurture a bond that will be deep and healing for all.

Stay In Tune and Stay Blogged In

Want A Reading With Angel?

Do animals need words to communicate the way we do?

My world is a ghost friendly world.

We Co-Create…Here is how it works.

A thought on “tapping” into spirit